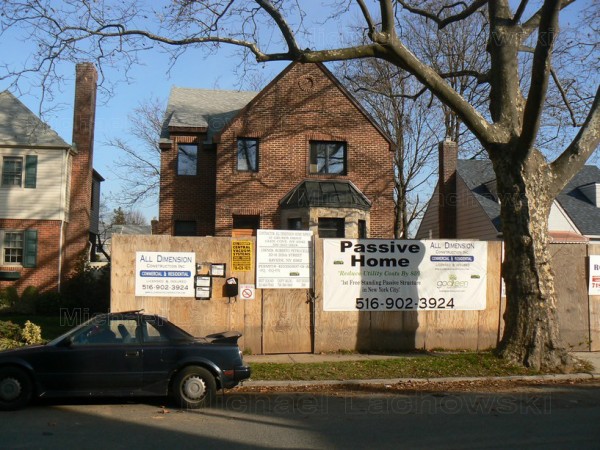 One of my recent projects was a tiny zinc roof over bay-window for the architect Roberto Petrucelli. He was building a super energy efficient home in Queens, New York.

Roberto, having prior experience with zinc, could see that the people brought by his general contractor didn’t have the knowledge to work with this material. His searches for somebody that could do the work lead him to me. 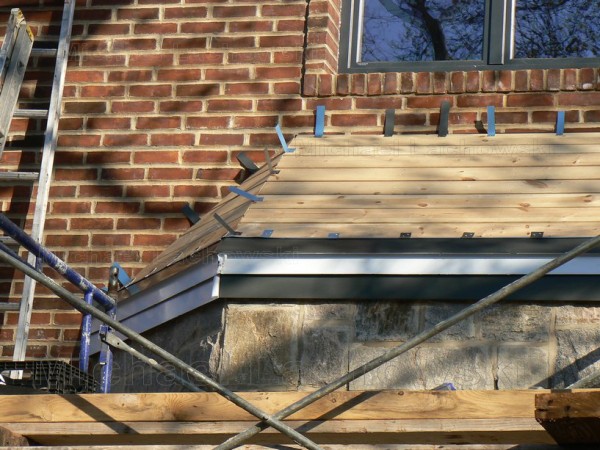 Zinc, judging by its physical and chemical properties, doesn’t look as promising candidate as roofing material.
Despite being known from antiquity, it was never used for roofing, untill 18th century.
Somebody took the pains to to use this cheap by-product of silver smelting as replacement to the much more valuable lead.
He struck it utilizing copper detailing and expertise intristic to lead roofs. While zinc’s workability is similar to copper, its weathering is not; it weathers more like lead.
It was a hit.
Today, zinc is the  material of choice for roofing all over North and Western Europe.
Similarly to lead, zinc suffers from pitting corrosion, creep, sensitivity to thermal stress, fatigue and cracking. If not let to expand freely, it cracks extensively around stress points.
Moreover, well weathered zinc is almost impossible to solder, rendering repair attempts futile.
Zinc roofing was introduced to USA at 1816. But its popularity culd be best described as leaps an screeching halts.
if in 1837 there were over 70 zinc roofed buildings in New York alone, by 1840 it was completely out of favor.
The reason for that is lack ofcompetent tradesmen.
Therefore the best investment while installing zinc roof installation is properly trained and well 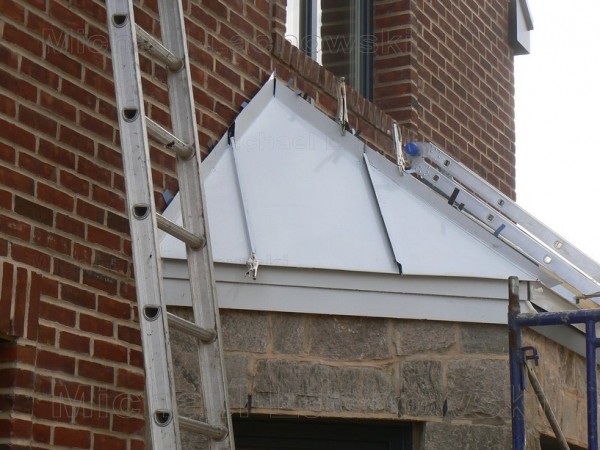 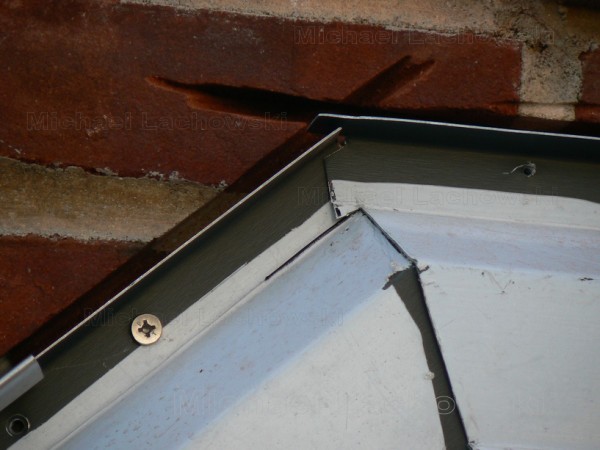 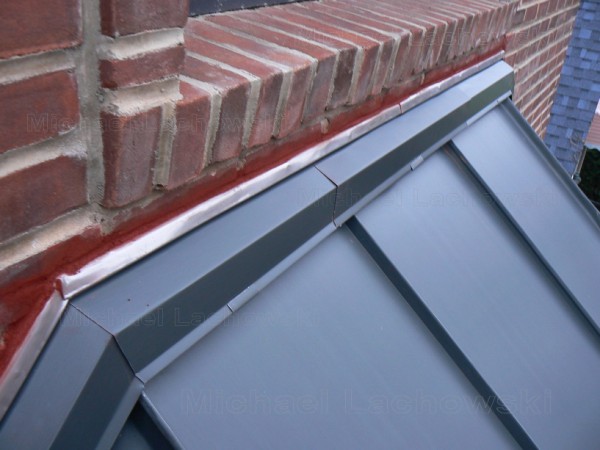 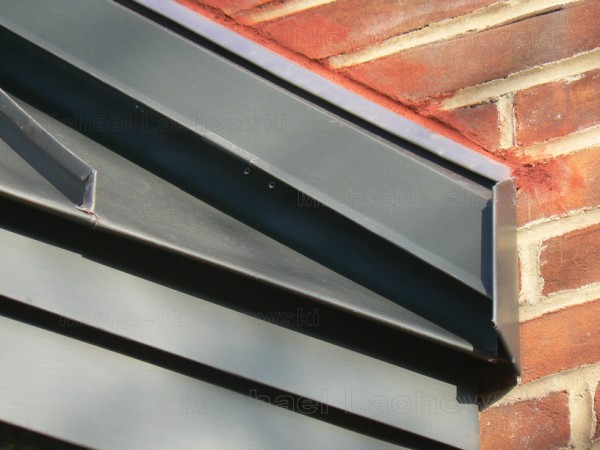 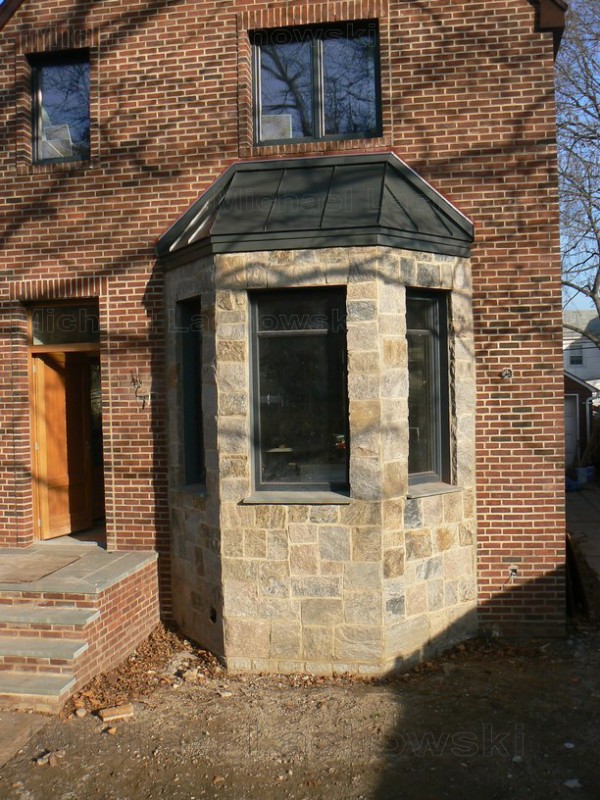 The secret for a really successful zinc roof, one that stands up to the promise of close to a century of service life, lies in details that are hidden from the eye.

These are: a solid wooden deck, an effective ventilation of the underside of the roof and an intricate system of folded connections that hold the individual zinc panels together.

These folds, besides being water-proof, allow for relative movement between the different zinc parts.

The metal skin  is tied down to the wooden deck by an array of metal clips that are welted into these folds.

The water-proofing system resembles much more the functionality of the feathers of a duck than of the shell of a submarine. There is no place for stiff soldered connections and no need for unreliable caulking.